Gartner Research says 1/3 of all Americans will be out of a job by 2025 due to automation. This will be part of the debate at #SXSW, the "Dispensables: Automation, Humans and Brands”, on March 15th. Certainly in #Ireland, the impact of Robots has been seen across industry, both on the ground, in the air and under water.

As we all know Amazon plan to deliver parcels to our doorstep using drones or Unmanned Aerial Vehicles (UAV’s). Utilities across Ireland are investigating the benefits case for the introduction of UAV’s to support their asset inspection programmes. Planned and routine maintenance on transmission towers for example can be costly, time-consuming, and even dangerous for workers. GE in North America has several pilot projects with utilities in the works. The company is using fixed-wing drones to inspect power lines in the U.S. and abroad. 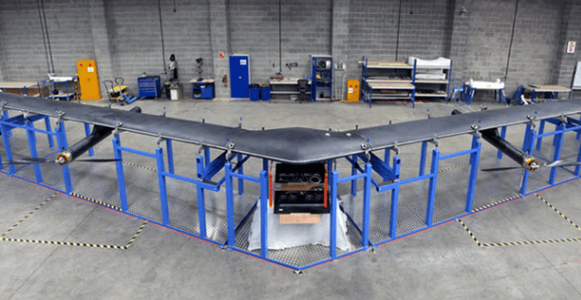 In Perth Australia, the Fiona Stanley Hospital has replaced traditional meal delivery methods with Automated Ground Vehicles (AGV’s).. The 300kg AGVs will deliver up to 2200 meals a day, directly to wards without human intervention. Front and centre in Ireland’s National Paediatric hospital, the New Children’s Hospital (NCH), will be the push of technology and innovation. The NCH will be the largest single investment by the state in Healthcare.

The benefits case for Robots is strong. In the case of manufacturing, with no need to take breaks and the ability to work 24/7, a manufacturing robot can increase productivity dramatically. Higher rates of throughput mean higher profits. In Ireland, the fastest growing economy in Europe, the agri-food sector generates:

Smart Agriculture is defined by its success in ICT; Ireland is in a unique position because it is one of the leaders in ICT and has all the big players like IBM, Google, Amazon and Cisco. As announced at Teagasc[2] recent ‘ICT in Agriculture’ event, IBM has 3,000 researchers in Smart Agriculture around the world. Robots and data analytics plays a critical role in its success. Drones, satellites and sensors capture huge quantities of data for farmers on a daily basis. It’s critical any solution offered distils data into useable, actionable data points - Data analytics is equally important as the technology used to capture it.

Travelling to #SXSW; check in at any airport is speedily improving through the use of automated check in machines. This brings with it challenges around data security. The European Court of Justice recently ruled that the “safe harbour” agreement that allowed the transfer of European citizen’s data to the US is no longer valid. The safe harbour agreement that was made between the EU and the US government essentially promised to protect EU citizens’ data if transferred by American companies to the US.

If you are going to #SXSW and want to learn more on Ireland, then:

Ireland’s current Data Protection (DP) regime is pro-active, collaborative and is an iterative process between the DP and the company.  It is based on strong auditing powers and an approach embedded in Irish culture; one of partnership between the Data Protection Office and the Company, working to resolve issues consensually. This approach has resulted in a number of large US tech companies opting to be regulated by Ireland for all European Data Protection issues. These companies include Facebook, Google, LinkedIn, IBM and EBay.  Based on the Irish DP regime, US MNCs have increased their footprint in Ireland adding trust and safety teams, privacy teams and data centres to operations in Ireland. 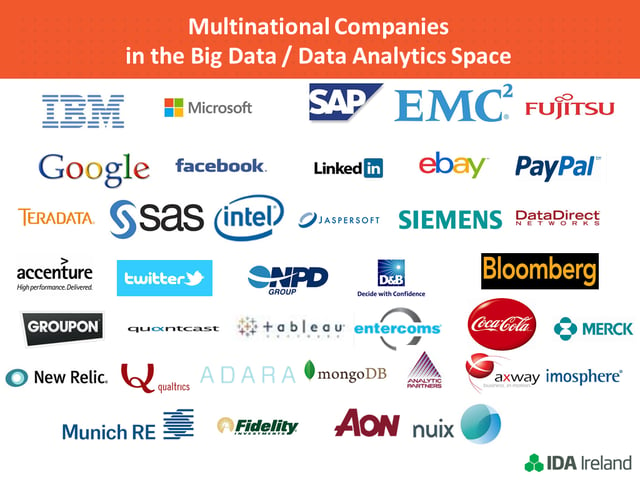 AON’s Corporate Centre for Innovation and Analytics (ACIA) is based in Dublin. It supports clients and Aon team members across the globe through the provision of advanced insurance research, analytics and business intelligence. The Data Warehousing and Mining operations carried out by the ACIA in Ireland collate information from over 7,000 of Aon’s business globally.

Ireland is one of the largest exporters of software in the world.  In 2012, Ireland’s software exports exceeded €25 billion.  Over 800 companies have technology research, development, innovation and services centres in Ireland. There is no doubt Ireland is proving itself as a lucrative location for the future of data intensive industries.

[1] The Department of Agriculture, Food and the Marine (DAFM)