To see my young nephews going to school with tablets instead of spine curving backpacks full of books shows how far schools in Ireland have come in a relatively short space of time in terms of adopting new forms of technology. Since having my own child who is fascinated with ipads, laptops and smartphones I have realised how important it is in Ireland for our future generations to be brought up in a tech savvy environment to remain ahead of the curve!!

Schools in #Ireland have progressed over the last couple of decades from when the norm was one PC in the corner of a classroom. To every child having the school curriculum on a tablet!! 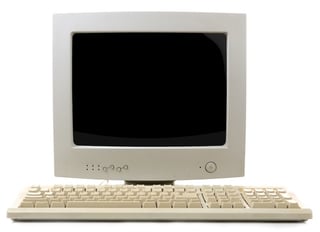 I was lucky enough to attend a secondary school in the late 1980’s that was seen to be progressive given the fact it had a separate ‘Computer Lab’, in reality it was a small room with a handful of PCs which we shared between 3-4 of us. Back then with the lack of software the main teaching was how to programme in basic C++. Teaching kids today about computing is unrecognisable to the 1980’s. A key initiative in driving the interest in learning about computers for kids has been the global CoderDojo movement.

What exactly is CoderDojo I hear you ask??

CoderDojo is a global movement which was founded in #Ireland by James Whelton and Bill Liao. It all started in 2011 when an 18 year old James Whelton received publicity after hacking the iPod Nano and kids then thought learning to code would be something cool. James set up a computer club in his school in #Cork where he started teaching students basic HTML and CSS.

At a Dojo, kids between 7 and 17, learn how to code, develop websites, apps, programs, games and explore technology in a fun environment. In addition to learning to code the kids are not only exposed to the endless possibilities of technology but also develop key interactive skills when presenting their projects to their peers.

This Irish success story that is becoming a global phenomenon is launching new initiatives and new Dojo's every year, read more on the latest project here.

Access to Talent was a key driver for companies such as Slack, AirbnB, Dropbox, Zalando, Wrike, Viagogo, Squarespace, Qualtrics, eSentire, Shopify and Twilio in choosing #Ireland to grow and scale their businesses. The CoderDojo initiaitive helps ensure Ireland continues to be ahead of the curve in #techtalent.